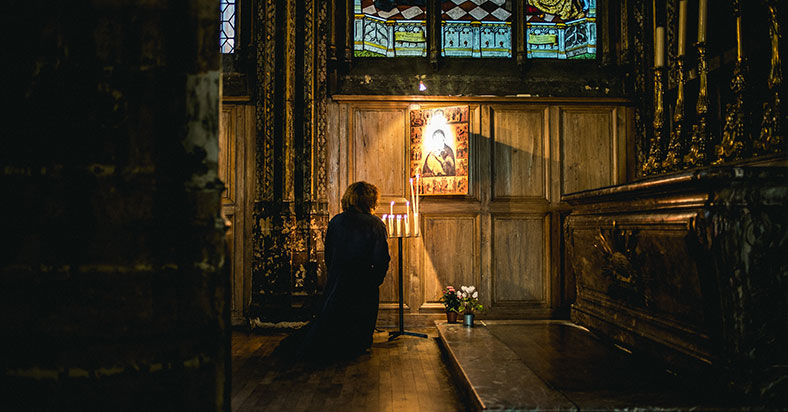 Kneeling is one of the greatest physical gestures we can do during deep prayer to our Lord. In doing so, you are agreeing and immersing your soul to a prophetic truth mentioned in the bible. The act also brings many graces in one’s spiritual life.

I’ve noticed that many people today are now doing away with kneeling during acts of worship. People today sing, dance, raise their hands or put them over their hearts. There are even some Catholics who would argue that praying can be done even at your most relaxed postures, such as sitting or even laying down. Although I do not say that these are immediately wrong, but it is very noticeable that kneeling is being sidelined by today’s worshipers.

Kneeling can be hard. Especially if you’ll be kneeling on a hard floor or ground. It pains you. It tires you. It bruises you. It puts dirt on your pants. Many of us would only kneel if a soft kneeler is available or if it’s going to be done during mass as to avoid the awkward feeling of doing it on your own.

But the things that makes it inconvenient to most of us is what makes it even more powerful and sincere. Here’s why I believe so:

1.) Kneeling is and act of physical humility

Bowing is also an act of physical humility but kneeling reminds us that we are yet to be risen by the strength that God would give us. It is a much more grounded anticipation for God’s holy call. Therefore there is humility in this gesture and patience in the midst of ongoing pain. Humility in the sense that we would only walk vainly in our spiritual life not unless we have heed to our Lord’s command to “rise up and walk”.

2.) Kneeling in deep prayer is also mortification of the body

It is truly a form of mortification of the flesh since it denies the body pleasure. Many contemporary Christians today would only worship God if it will take them away from a life of problems. But this act of self-denial helps a person outgrow both his psychological and physical weaknesses. It helps him conquer the insidious demons of softness, pessimism and lukewarm faith that dominate the lives of so many today.

3.) Kneeling makes your body comply with the prophetic truth of the scripture

Scripture shows Christ’s victory over us. I think the sooner Christ becomes the victor of our lives, the better.

These three scriptures shows us that when you call upon God and give your praises to him, it is His decree that you kneel too. It is therefore our obligation to kneel during praise and worship.

Romans 14: 11
for it is written: “As I live, says the Lord, every knee shall bend before me, and every tongue shall give praise to God.”

Philippians 2: 10 – 11
that at the name of Jesus every knee should bend, of those in heaven and on earth and under the earth, and every tongue confess that Jesus Christ is Lord, to the glory of God the Father.

Isaiah 45:23
By myself I swear, uttering my just decree, a word that will not return: To me every knee shall bend; by me every tongue shall swear

4.) Kneeling has a foretaste of martyrdom

You might be wondering “what does kneeling have to do with martyrdom?”. The answer is because of one’s willingness to endure pain to primarily prioritize an act of faith and worship.

Kneeling of course isn’t the same as what the martyrs had to physically experience. But what we can say is that by kneeling we get to experience the sweet “rising up” after the painful ordeal. Which is the foretaste of what real martyrs are rewarded with. Therefore, in some small way, we gladly open the idea of martyrdom in our hearts. Allowing the Holy Spirit to act upon our very own bodies.

Jesus Christ deeply respects those who even in their moments of sufferings, choose to be one with him. Just like the penitent thief on Calvary. Who puts aside his own suffering just so he could offer Christ his hopes and respects with his last breath. Jesus favorably responds to the man’s wishes and promises to take the man to paradise with him. This is how we should converse with Christ, by not weighing on what pains us but by showing him that our trust in him matters more.

5.) Jesus also knelt during his prayer in Gethsemene. Why shouldn’t you?

The most important person in our salvation story, Jesus knelt in prayer.

Jesus shows in one of his most difficult times on how to converse with our Father. In Luke 22:39-42, Jesus is seen kneeling before beginning to pray in the Mount of Olives.

So why shouldn’t you? 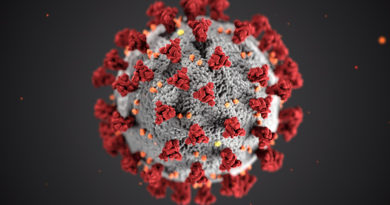 Lent and Corona Virus: How I See My Mortality 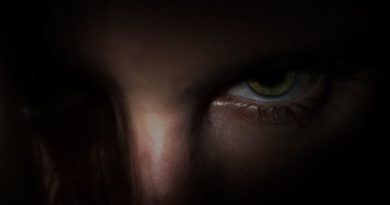 Pride: The #1 Destroyer of Our Lives

Why Do We Recite The “Hail Mary” Plenty Of Times?