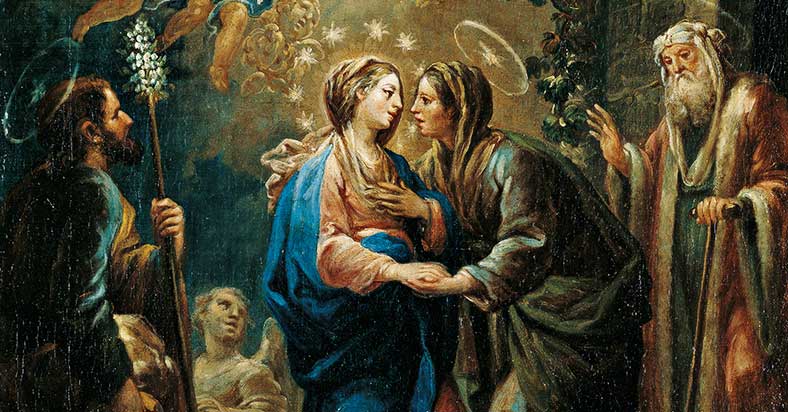 The Canticle of Mary is one of the most celebrated hymns in the Christian world. Often recited by the faithful in prayers such as the Litany of the Hours, it beautifully sheds light on the graces that Mary has received from God. But there’s much more to see about Mary’s character through this canticle other than the joyful narrative of her visitation to St. Elizabeth.

Mary exhibits a great amount of intelligence through this song about her faith, virtue, wisdom, and knowledge about her people’s history. She shows a great understanding of past, present, and future regarding God’s master plan to save humanity.

To appreciate the Magnificat even more, we have to dive deeper in the lives of both ordinary and extraordinary men and women of biblical history.

Were women inferior to men in biblical times?

There is a common misconception that women in biblical times were second-class citizens. Often the belief stems from how God has instructed Eve to be subordinate to Adam. Or how men often filled in the dominant roles in ancient society and institutions as kings, priests, and lawmakers; where women are deprived from having similar leading roles.

But the Magnificat proves that notion to be wrong and that God never intended women to be shoved aside. As a matter of fact, the Woman is His grand masterpiece. The one who “magnifies his soul”. Through her, the ancient serpent is to be defeated.

In Genesis, right before God banished Adam and Eve from the garden of Eden, God gives a cursed vision to both of them about what their life is going to be. He tells Eve that Adam is going to be her master as Adam is then told that he will toil for the rest of his life. But before that, God first gives a revelation of what is to happen in the future – that there will be enmity between the serpent and the Woman and also between their offspring. This statement from God puts forth a clear anticipation that the Woman and her offspring is destined for something great. The “Woman” and her “offspring” is God’s great weapon against the serpent and his offspring.

Now, if the Woman and her offspring is destined to be the weapons against evil, it would make sense that the Man is to be the protector of this weapon while it’s still in development. I say “in development” because the Woman, Eve, was still in a sinful state, and her likeness was passed down to Cain who murdered his own brother. Eve and her offspring were not the perfect candidates for this great weapon that’ll defeat evil, but they’re rather prototypes of the ones to come who truly will.

Until that day comes when that perfect Woman and offspring is available, the Man has to toil. The best way that he can work, while protecting and providing for the Woman and her child, is by being a loving father and husband who has God in his heart. This is true patriarchy.

By taking up positions as head of the family, kings, priests, lawmakers, judges, and prophets, Man was actually stepping aside to provide more leeway for the Woman and her offspring to develop into what God has destined them for. To become the weapon forged with the burning love for God in Man’s heart.

This isn’t an overnight ordeal, it’s a generational ordeal. One that started from Adam and ended with Joseph, the foster father of Jesus – the new and perfect patriarch. A whole history of men who served God with love, loyalty, and virtue is what it took to produce someone like Mary. Not everybody was perfect, but God was with them in their hearts. God was leading them.

The word patriarchy has a negative meaning these days as it is often used to describe a male dominant society that systematically blocks the progress for women, whether economic or social matters. But this isn’t true patriarchy as shown in patterns in biblical stories. True patriarchy allows women and children to flourish and it was most especially true in biblical times.

Joseph was a true patriarch, who loved and protected Mary and Jesus, until Jesus has come of age.

So what does patriarchy have to do with Mary and her canticle?

Everything! Since the fall of man in Genesis, God has desired to father a daughter like Mary. But it was only possible by the Man owning up to his image and likeness that he has given him. Meaning, Man had to be a good and loving father. Mary is the product of generation after generation of good fathers, of men who had the word of God in their hearts!

Although there are some debate by biblical scholars whether or not it was Mary who composed this song, it is important for us readers to see that Mary chose to use these words to triumph God’s mercy and delight in him. She used this particular song to declare the the fulfillment of the promises of God through out the ages.

Mary also symbolizes ancient Israel as the singer of the Magnificat.

Let’s dive deeper on each verse:

She understands that it’s not only her lips that proclaim the greatness of the Lord, but also her very soul. Her soul is a declaration of God’s preeminence.

Mary delights in the fact that she’s saved. Though she lived a pious life, she too needs to be saved by God and she accepts the grace.

The mother of God calls herself a handmaid, a servant. With true fear of the Lord, she surrenders her body and soul to His will. Thus, she deserves to be praised for all generations. For us to call her “blessed” is fulfillment of Proverbs 31:30b “…the woman who fears the Lord is to be praised”.

Gratitude for God’s great deeds is one of her foundation for praising the Lord. Mary puts great value on every blessing she has received in her life.

Mary knows the “age to age” history of her people and how much God has desired for them to be saved.

She believes and sees God’s justice. For what she has in her womb is the very seed of it.

Again, she reveals God’s justice and his mercy to save the oppressed. God “lifts” the lowly, a reward to the humble and meek.

The coming of Jesus, the King of Kings, is also the overthrowing of evil rulers both worldly and spiritual.

God’s generosity is championed at this song. He is generous to those who hunger for him and the justice that he offers.

She shows her clear faith in God who will never leave his people and never break his promise.

“…to our fathers”, Mary knows well that salvation worked through good patriarchs, who had the word of God in their hearts. She recalls the rich history of her people and how God has stood by his word.

Mary’s intelligence, virtues, faith, and character are made possible through generations of godly fathers. This lineage of fatherhood starts from God himself and has been present in the hearts of these chosen men. Since the very beginning, God has predestined to father someone like Mary to be eventually his mother. The mother of the one who saved the world. 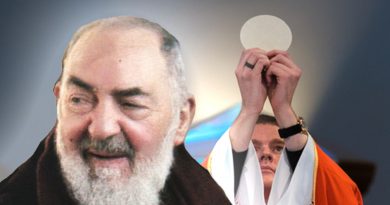 “Stay with me, Lord”, A Powerful Prayer After Holy Communion 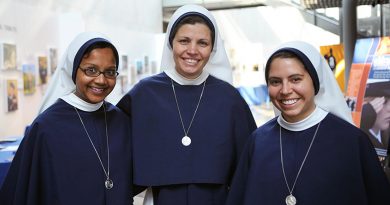 Beautiful Prayer By Sisters of Life Will Cast Away So Many Anxieties.