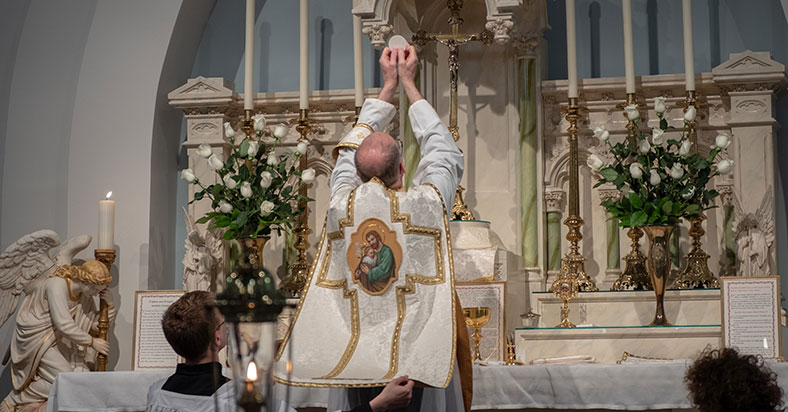 I’ve always been intrigued about the latin mass. The language barrier and the difficulty of finding a parish that celebrates in its form is what’s hindering me from attending it. But luckily I’ve stumbled upon a parish near my area that has it and I’ve decided to go to it and experience for myself.

The latin mass, also known as the Tridentine Mass, is a Roman Catholic mass celebrated exclusively with Ecclesiastical Latin. It was once the church’s main Eucharistic liturgy since 1570. The form of the mass was later changed in 1969 after Vatican II to what we now call the “Ordinary Form”.

Some Catholic traditionalists will call the Tridentine Mass a “higher” form of the rite compared to the Ordinary Form. But I personally think that no lay person have the right to make such declarations. I don’t see the latin mass being a superior mass than the ordinary one. Nor do I see the people and priests who attend it to be holier. To me, whether you choose to attend latin or ordinary, both form of the masses are fine and legitimate. I simply wish to share my first experience in attending the latin mass and why I now regularly go to it.

When I first attended a latin mass, I sensed a different kind of Catholics went to it. The people I saw there were deeply immersed in prayer and their body language showed it. They knelt, sat, and stood in a disciplined way. Hands clasped in prayer like children. Women wore head veils and dressed modestly. And the men were not shy in showing their reverence in prayer. Everybody was in their Sunday’s best and all of a sudden I felt really underdressed with my tshirt and jeans attire. Like I didn’t even bother putting up an effort with my attire for the grand feast that the Lord has invited me to.

I’ve heard some Catholics would argue that God does not judge us on what clothes we put on. Although that’s true, putting up an effort on what you’ll wear for church was never wrong too. If we dress our best in the parties that our friends invite us to, why shouldn’t we make the same effort for the mass?

In the Ordinary Form, I’ve seen fellow Catholics wear flip-flops and short shorts as if they’re going to the beach. I myself in several occasions even wore a baseball cap to church and never bothered taking it off all through out. I’ve seen people walk in from an entrance on one side of the church during mass just to walk across to the other side’s exit. People get on their cellphones, many won’t kneel if there’s no kneeler available, and some won’t even wait for the priest’s final blessing when they leave.

The latin mass and the people who attend it has opened my eyes on how much we have taken the Ordinary Form for granted. I’m not saying that these abuses don’t show up in the latin mass, but the difference in attitude of mass goers is obvious by a mile. I’m also not saying that they’re better people, but they seem to be better attendees.

I’ve also realized that the daily readings in the Tridentine Mass is different from the readings in the Ordinary Form. And for the most part, the priest is facing the altar with his back towards the people. But my favorite part of it is the communion rails. We all have to kneel before the altar when receiving communion and only the priests can administer it to us to our mouths.

My tips for first-timers

Since the mass is in latin, I don’t understand anything. Which is fine for me for the mean time. I figured that it’s on of those times in my spiritual life where I don’t always need to understand everything but rather let the church through the Holy Spirit and its priest sanctify me. You might ask me then how would you know when to stand, sit, or kneel when you don’t understand anything. Then I suggest you sit at the back pews so you can see what the other well-experienced attendees are doing and you can just follow them.

You might also want to do a bit of research first about the Tridentine Mass. You might find it interesting that there’s three kinds of litergical expressions of this Roman Rite. There’s the Solemn High mass, there’s the Sung mass, and the Low mass.

It’s also a good idea to look for a latin mass text guide, or just buy a Latin Mass Missal.

Why I now regularly attend it instead of the Ordinary Form

To be honest, I don’t know. I just feel drawn to it. Maybe because it’s the intimacy of receiving the Holy Eucharist kneeling down, a new kind of experience and reverence in receiving Christ.

I don’t feel holier, but I feel challenged in a good way to make myself holy by starting with my behavior at the mass and how I receive Christ. It made me further understand that the mass isn’t just an obligation for Catholics to go to, but an actual invitation of Jesus to his heavenly feast.

I have not quit attending the Ordinary Form. I will still most likely attend it one day. I’m also optimistic that will inspire more people to be converted to Catholicism. I’ve seen great modern day theologians like Dr. Scott Hahn, and saints like Mother Theresa, Carlo Acutis, and Pope John Paul II be inspired by it. And it’s fair to say that the beauty and sanctity of whatever mass we choose to attend lies in our true faith and love for God. 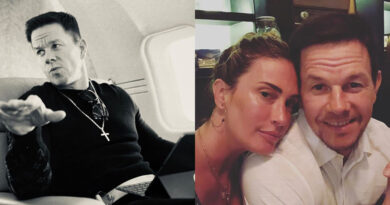 Mark Wahlberg Being Cool And Catholic 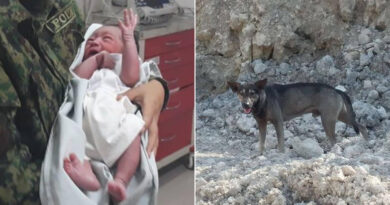 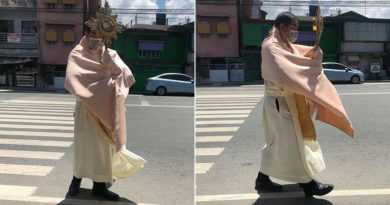