First let us realize that Jesus was crucified on Passover and that he is the lamb of God. Now, to understand the deep meaning of that crown that caused bleeding on his head, we have to go back to the very first Passover. The one from the time in Egypt.

The 10th plague – The first Passover

In the Book of Exodus, the Israelites were enslaved in Egypt. God appears to Moses in a burning bush and commands Moses to confront the Pharaoh and have the Israelites freed. When the Pharaoh declined Moses’ plea, God inflicts a series of 10 plagues upon the Egyptians. The 10th plague being the death of the first-born.

This sounds absolutely horrifying since God himself is about to do something that would surely make Egypt mourn unlike any other mourning.

But part of his plan is to save those who will follow his commandment to mark a lamb’s blood above their doors. So that God will pass over them and their first-born will not be destroyed.

What do these have anything to do with Christ’s crowning of thorns?

Well now that we have looked into the history of the first Passover, let’s now look into the last Passover – the Passion of the Christ!

On the night before Jesus was betrayed, he instituted the Eucharist. His disciples ate and drank his body and blood in the form of bread and wine. This act made us united with Jesus. He in us and we in him. We who partake in this feast is housed in his mystical body. His body has become our house of refuge.

On the day of his torture, the Romans placed a crown of thorns on his head. Causing his head to bleed. The blood from the wound is what is smeared on the lintel of the door of “our house”. Yes, the door of our house is also Jesus! For he said in John 10 that he is the door/gate and that whoever enters through him will be saved.

So it makes sense, and in accordance to God’s command, that this door’s “lintel” be smeared with the lamb’s blood on Passover just as the Israelites did with their door lintels of their homes during the 10th plague.

On that day of the final Passover, God’s wrath came down to take away the life of the first-born, but we people who deserved that wrath were saved as Christ’s body was our refuge. Jesus’ body was our house that he built on rock solid foundations. And so when that day of reckoning came, we lived.

But there was one first-born who didn’t make it in to that body to be saved. That is the first born of the serpent which is sin. Therefore, sin is destroyed on the day Jesus was crucified. We became free from sin’s grip just as the Israelites became free from the Egyptians.

The blood of Christ, the one true lamb of God, protected us and kept us alive. 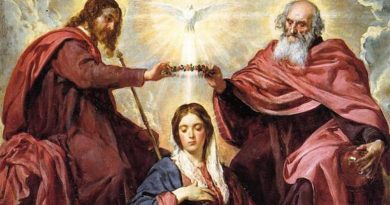 Blessed Virgin Mary: The Most Beautiful Woman In History! 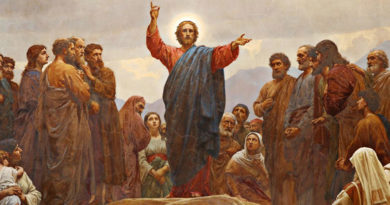 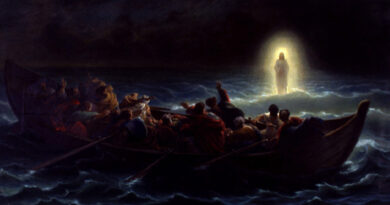